1) The role played by Andrea in the movie Taramani was that of a woman who struggled to maintain a career and a child as a single mother, while dealing with unwanted attention from men around her.

This role was not celebrated by the society. It was largely ignored.

2) The role played by Lakshmi in the short film was that of a woman who is treated as a slave by her husband, who has no regard for her emotional and sexual needs. Later, as time goes on, the scenes indicate that she got into an one-night stand or a long-term affair with a kind stranger.

This role was abused by many Tamil men. Memes and posts thrashing and mocking her were regularly made when the short film was released. 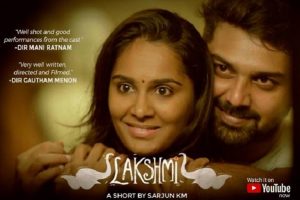 3) Now, the role played by Aruvi in the movie of the same name was that of a sexually exploited woman who sought revenge in an unique way by bringing her rapists to a reality show.

This role was heavily celebrated by the society. 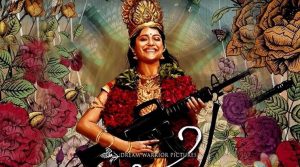 Now, among these three characters, Andrea led a life that many men wouldnt have seen in the lives of women around them and Lakshmi took control of the sexual/emotional needs of her life.

It is the third character Aruvi who did not attempt to change the sexual limitations imposed on women by the society. She was a safe rebel and a safe revolutionary. So it is not a surprise that Aruvi is celebrated by the Tamil society.

Of course, the movie was good and yes, there was a good talk on consumerism, capitalism and great doses of humor. The movie seemed to be about the struggle of an ‘aids patient’ who is also sexually abused. But the public discussions neither focus on the struggles of those with aids or sexual abuse.

Aruvi gets celebrated by the society while the other two, who are better role models and have set a better example are largely ignored.

In it lies the problem. They want a empowered woman who is not sexually empowered. But empowerment without liberation of sexuality is no empowerment.